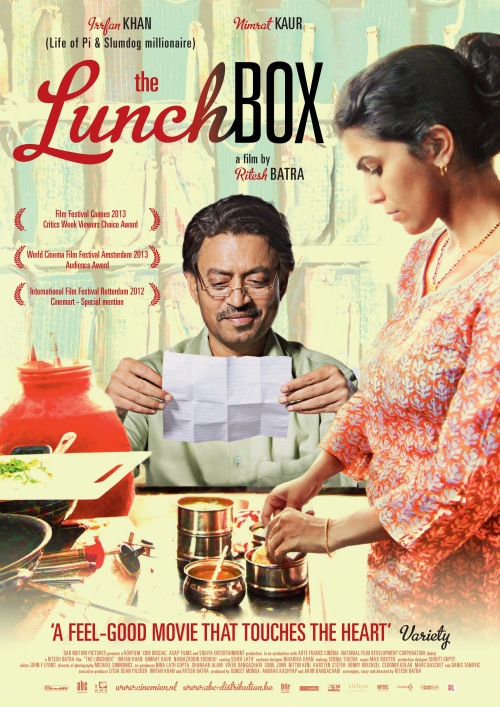 The Lunchbox is a surprising little Indian film that doesn’t have the glamour, colour, dancing and music of Bollywood. Instead it’s quiet, understated and harks back to a tried and tested romantic format. It evokes such films as The Shop Around The Corner, You’ve Got Mail and at times, Lost In Translation.

It’s also a fascinating insight into the 5,000 or so dabbawallahs of Mumbai. These are lunchbox delivery men who for more than 125 years have operated an efficient business supplying lunchboxes, called tiffin boxes, to the city’s office workers and back every day. Without a computerized system and often illiterate it’s claimed that only one in a million deliveries go astray. A fact which was a finding of a six month Harvard Business School study into the service.

Debutant writer/director Ritesh Batra serves up a film that focuses on the story of the one lunchbox that goes to the wrong person.

We are introduced to Ila, (Nimrat Kaur) firmly believing that the way to a man’s heart is through his stomach, as she lovingly puts all her soul into creating wonderful little dishes for her husband’s (Nakul Vaid) lunch. He is unappreciative, more interested in his mobile phone, and it soon becomes apparent that her lunchboxes are being appreciated elsewhere. 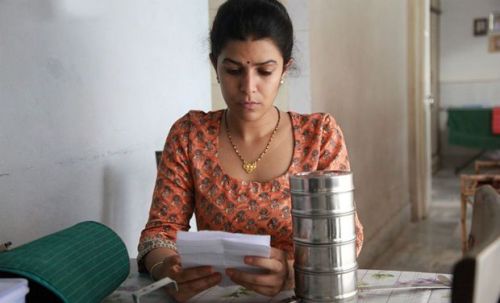 They are in fact landing on the desk of sombre widower Saajan Fernandes (Irrfan Khan, Life of Pi, Slumdog Millionaire), who is just short of retirement after 35 years working for an insurance company. The wonderful feast in front of him compels him to write a letter of thanks which he returns with the lunchbox … and she writes back. 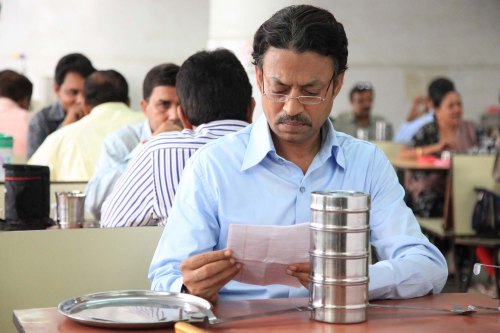 Bit by bit, we get a glimpse into each of their lives through their correspondence. It’s touching and nostalgic. It reminds of the romance of a simple letter. In a digital age – who writes letters anymore?

The characters surrounding the main two lost souls complement them. Saajan has a protégé (Shaikh, played by Nawazuddin Siddiqui), ready to take over once he retires. Shaikh is an exuberant puppy often rebuffed by Saajan’s chagrin. But through time we learn that for all Shaikh’s eternally optimistic demeanor he has his own form of loneliness and he becomes a loyal friend to Saajan.

Meanwhile Ila’s support comes in the form of a character who we don’t even see, as her only company on most days is someone called “Auntie” (Bharati Achrekar) who lives up upstairs. They converse by shouting to one another and passing food up and down in baskets from one floor to the other. The “Auntie” is caring for a sick husband and can’t leave her home. It confirms the feelings of loneliness running through the film.

But for all the messages of loneliness and fractured relationships there is hope for a different path to a new and better life.

And in the words of Shaikh “My mother used to always say sometimes the wrong train will get you to the right station”.

Quote from Saajan Fernandes, who has spent his working life standing in crammed public transport travelling to and from work every day …

Saajan Fernandes: “When my wife died, she got a horizontal burial cot … I tried to buy a burial cot for myself the other day, and what they offered me was a vertical one … I’ve spent my whole life standing in trains and buses …now I’ll even have to stand when I’m dead!”

One day while traveling on public transport a younger man stands up and offers Saajan his seat. Saajan for once sits down. It’s a simple gesture which affects him greatly as Saajan sees it as confirmation of his advancing years and fast approaching retirement.

I love a hidden gem and the Inshriach Nursery and The Potting Shed is one such jewel. The Potting Shed made it onto Dan Lepard’s list of Britain’s Best Cake Shops, published in The Observer, and it turns out that Dan is a master baker, so he obviously knows a good sponge when he sees one. As a lover of a fine tearoom and not being adverse to a mouth-watering confection of cakes, it was something I had to check out.

Finding cake heaven proved a bit tricky, as there isn’t an address as such and is listed as “Aviemore” but in reality it is some 10 minutes or so outside the town. The drive is scenic but after a while you are tempted to think you are on a wild cake chase, but persevere, it’s a place you will return to again and again, which was quite apparent by the number of visitors. 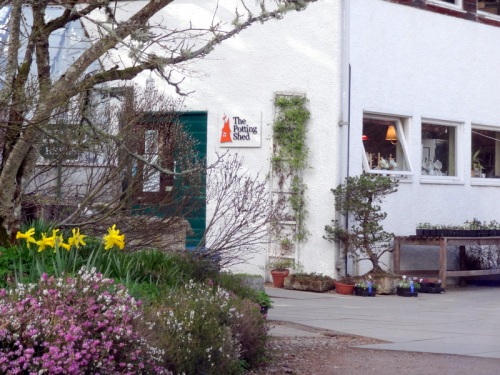 And if there is an award for “best-view-from-a-tearoom” surely this must be a contender? Where else can you sit with a huge slab of cake and watch over a Scottish Highland forest? This giant open air aviary with its array of constantly darting and swooping chaffinches, blue tits, great tits, and siskins who fed on giant swinging bird feeders was an ornithologist’s dream. But it’s not just for bird-watchers, the effect was mesmerising and relaxing. A quick cuppa can easily turn into two hours.

Red squirrels are rare in certain parts of Scotland, but you can see them in some areas around the Highlands and some appeared and gnawed eagerly on the nut feeders. 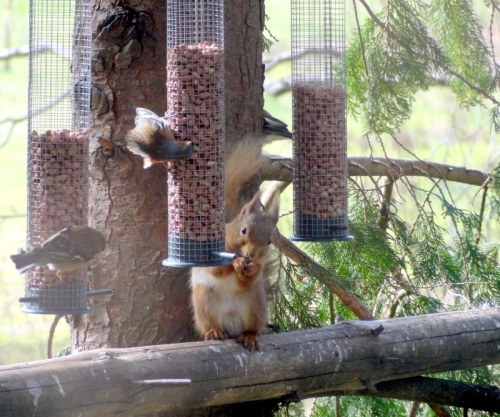 Undoubtedly, this is an amazing view for a sweet treat, but what of the actual cakes? Yes, they lived up to the hype. Thick and generous, light and fluffy, sweet and tasty. There’s also a large and unusual selection, with everything from lemon custard and raspberry, plum and apple to strawberry and redcurrant to chocolate cake with blueberry. On the menu also is an extensive list of wheat free cakes.

Apart from The Potting Shed tearoom, the Inshriach Nursery is a delight to potter around. Wander about the beautiful gardens, admire the quaint features, sit on a bench and watch the chickens as they strut and coo. 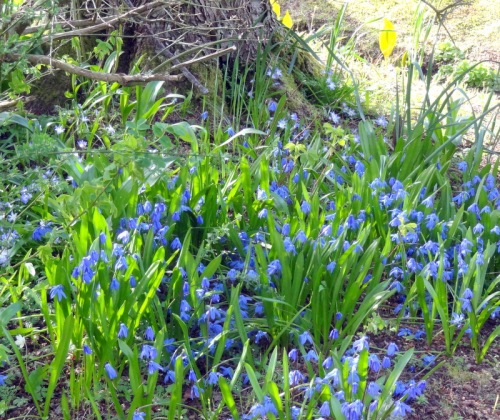 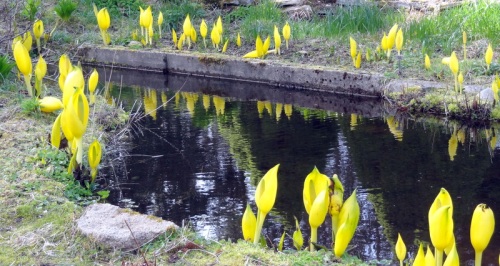 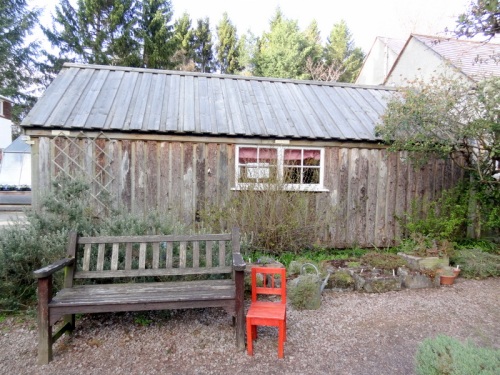 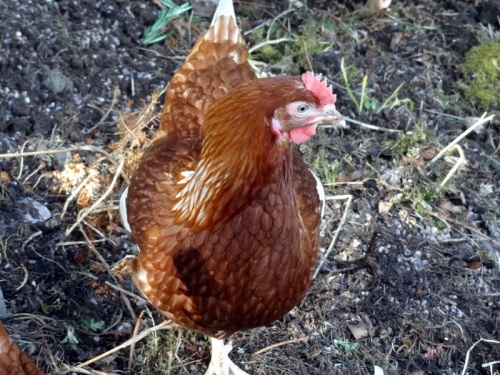 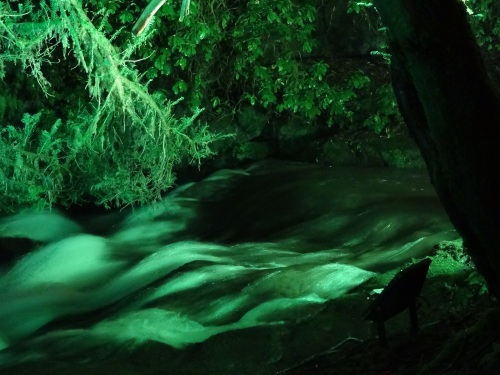 Enchanted forests show how effective light and sound can be. In Scotland we’re lucky to have lots of areas at our disposal that can easily be transformed into something entirely different and magical. One such place is Rouken Glen Park in Giffnock, Glasgow. Its first foray into forest fairyland was in 2013 and this year it returned to a resounding success as its two week run in February 2014 was sold out.

Here’s some photos and a little snapshot video from this year’s show. 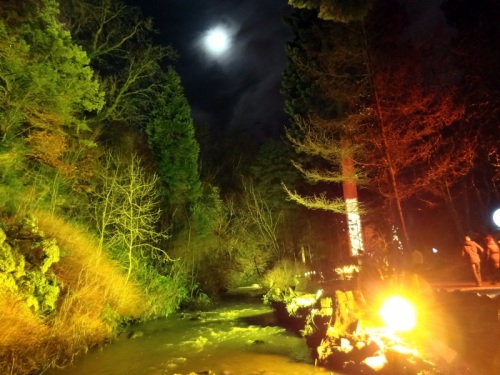 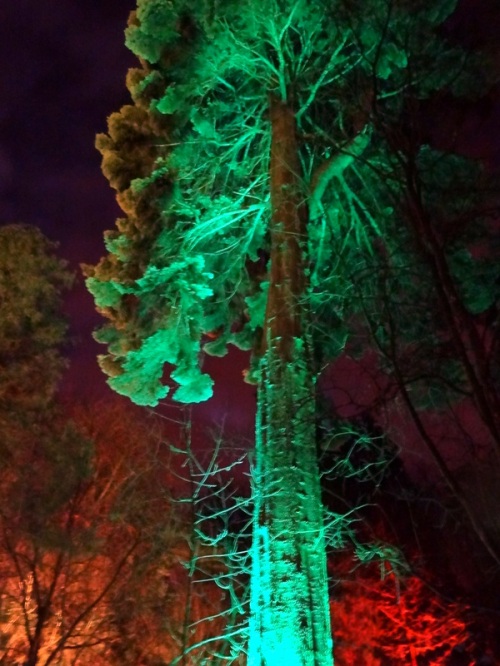 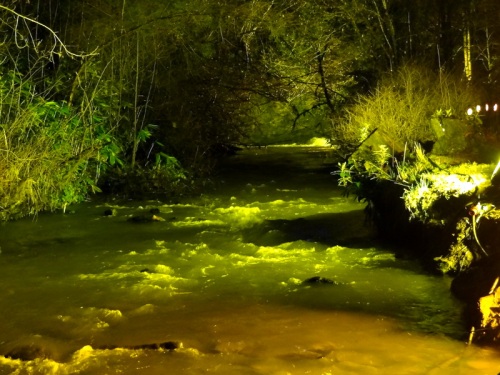 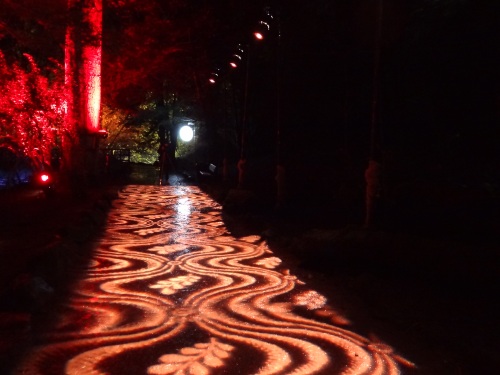 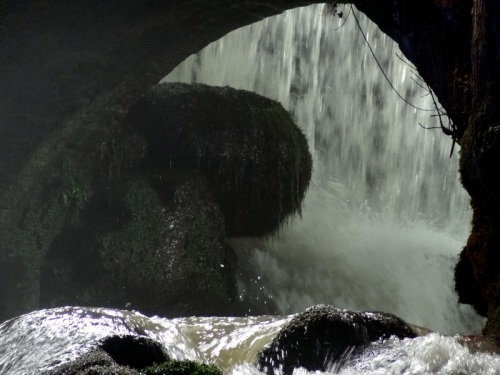